From the Editor:  This is a guest blog post I requested from my colleague Simon Binek of Clickray.pl, they are a HubSpot Partner and an up and coming inbound marketing agency in Warsaw, Poland.  I worked with Simon 1:1 for several weeks as he and his team got started with the HubSpot Partnership and their inbound marketing software.  Find Simon on Twitter to continue the conversation:  @ForSzymon

An image from one of ClickRay's infographics - inbound vs. outbound

Our adventure with the inbound marketing and HubSpot started a couple of months ago, in May 2012. At this time, I was working as a marketer/sales rep for a railway engineering company, but I was keen to start something on my own. The occasion came sooner that I had expected. It turned out that a friend of mine had pretty much the same idea. He was fed up with working for a big marketing agency, which, by the way, was specializing in establishing marketing strategies for medical companies. He told me that, after nearly five years of working for them, he felt that he had already learned everything necessary to start his own business. ‘That sounds great’ – I said – ‘except for the one problem: considering the current situation on the market, we probably won’t be able to compete with all those corporations, which have much more funds than we do. How will we ever be able to catch up with them? It was obvious that we had to come up with the new idea, something revolutionary so we could stand out from the crowd. Excited by the new challenge, almost immediately after coming home, I started doing my research. That is how I found out about Inbound Marketing and HubSpot.

As I was getting the better insight into the inbound strategies (mainly thanks to the HubSpot’s educational materials), I quickly realized that an advertising message actually doesn’t have to be pushy to grab the attention of prospects. That was it! Eager to dig deeper into the subject, I decided to go to Boston to participate in one of the HubSpot’s conferences. When I got there, it turned out that, at the same time, the award ceremony for value added resellers was taking place. I have to admit that, despite the fact that I didn’t really have an invitation, carried away by my curiosity, I got there using the back door (literally!). I thought to myself that one day I wanted to become one of those winners.

That is where I met Jeetu Mahtani, a channel account manager at HubSpot, who provided me with some valuable tips and advice on how to start with Inbound Marketing. After our meeting the things ran as fast as the snowball effect.  I came back to Poland and, together with my friend, we started to do all the paper work necessary to set up my own business. Our only concern was how Polish people would respond to this new marketing strategy, almost completely unknown in our native market.

The general perception of the attitude of polish companies toward changes can be well illustrated by the poignant cartoon joke which begun to circulate in Poland in ’90s. The funny picture depicted ex-president of Poland, Lech Wałęsa, saying to rabbi: “Poles are also the chosen people, but in terms of industrial experiments”. Indeed, many attempts of introducing some new marketing strategies are regarded as nothing more than a transient experiment. Sure, maybe even interesting but definitely not long-term.

That is why, although in United States, for a couple of years, inbound marketing has been doing great, initially we expected that the polish market could be quite a challenge and that inbound marketing could share the same fate as many other new marketing ideas. As a matter of fact, the first commentaries that appeared in major social networks like Facebook or LinkedIn, were rather reluctant, describing the new strategy as a momentary fashion. Despite a group of few “castle-builders”, who have started to run custom blogs and import the foreign educational materials (e-books in PDF, videos on YouTube, etc.), many marketers didn’t believe that it would actually revolutionize the attitude toward publicity and the way of reaching the prospects.

But let’s be frank, the beginnings are always difficult. Bearing that in mind, the fact that the polish public, at first, didn’t welcome HubSpot’s product with open arms, didn’t discourage us. Full of enthusiasm, we kept on implementing the strategy recommended by HubSpot, writing a couple of blog posts weekly and trying to get inbound links by publishing the valuable, unique content and promoting it through social media. We also initiated couple of our marketing campaign ideas which we would like to share with you.

When we first began creating content we have conducted a considerable amount of research, and it was then when I noticed that the Polish Wikipedia site did not have the description of Content Marketing.  I saw this as an opportunity to present our new expertise to a wider audience who is searching for particular term. We began writing the description which we then send to be approved by the people from Wikipedia. Thanks to the link which was placed on the bottom of the description considerable amount of traffic and quality leads where generated.

Unfortunately after some time our links where removed from the Wikipedia as a different person was appointed a moderator of this particular sit.  As a result of this we decided that we will create our own dictionary of Inbound Marketing terminology which will be located on our sub domain. The dictionary will have an advanced search engine to browse through the categories and entries. At the beggining the dictionary will contain around 300 records. Gradually we are planning to update the dictionary with new entries. Moreover the dictionary will have graphics, links and videos to enrich the user experience and better explain the topic.

Objective of the Campaign 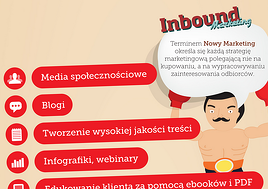 We previously executed a link bait campaign using an infographic which we created “Inbound Vs. Outbound”. In order to generate Inbound Links we decided to cooperate with a popular blogger who writes about wordpress. The choice was deliberate as the readers of this blog are moderating their wordpress blog by them self’s’ and therefore will have basic ability to embed our code with the infographic on their blog.

As a new agency we needed to increase the awareness of our brand within the community of Polish marketers. Since facebook is the most popular social media platform in Poland with around 13 million users it was an obvious choice that we had to be visible there. In order to increases the amount of likes we used one of our ebooks which we gave out for free after a prospect linked our fanpage.

An access to the e-book was provided and promoted through paid ads on Facebook. In order to inform Facebook users, who are not Clickray fans but who are part of a particular target group, which was approximately 500 000.

Prospects who saw the ad and where interested in downloading the ebook, clicked the add. Then they were transferred to the Like Gate on Clickray’s fan page. Only after pressing the like button prospects where allowed access to the ebook.

At the moment we are during a new campaign in which we are promoting our new ebook Death of SEO. The concept of this campaign is the very similar to the previous one, with the exception that after being transferred to the like gate (and liking the page), the prospect is then transferred to our landing page, which is connected to a workflow. The workflow consists of two more offers MOFU (advanced ebook on SEO strategies), and a BOFU offer in form of a free consultation.

The purpose of our co-branding campaign was strictly for SEO purposes. We have came across a blogger writing about Inbound Marketing with a very strong domain authority www.inbound-marketing.pl. As one of our main keywords which we are ranking for is Inbound Marketing we figured it would do us a lot of good is we published a guest blog on this domain containing an anchor link with our keyword. In return we offered one of our ebooks to be co-branded and made available on this blog.

Looking ahead to future campaign opportunities....

All the campaigns mentioned in this post have contributed to increasing traffic on our web page, and consequently generated more leads. As for now we are still far way from where we want to be but with steady and consistent Inbound Marketing activities we know we will get there. Inbound Marketing has no boundaries and does not need to be limited to certain countries of which we are a life example. Success in Inbound Marketing does not happen overnight, but with some patients’ and hard work it is a matter of time.

What did you think of Simon and ClickRay.pl's guest post?  Are any of you international marketers?  Do you market to audiences in the EU/European continent?  What has been your experience breaking into a new market that is not as familiar to inbound (like Poland was for Simon and Click Ray?)  Please share your feedback, experiences and ideas below...

Profile of a Hubspot VAR Agency All Star: Solimar International

Profile of this week's top Hubspot VAR Agency All Star:

Solimar International is a sustainable...

This is a repost of an article published by originally posted on the blog of John Murphy, President... 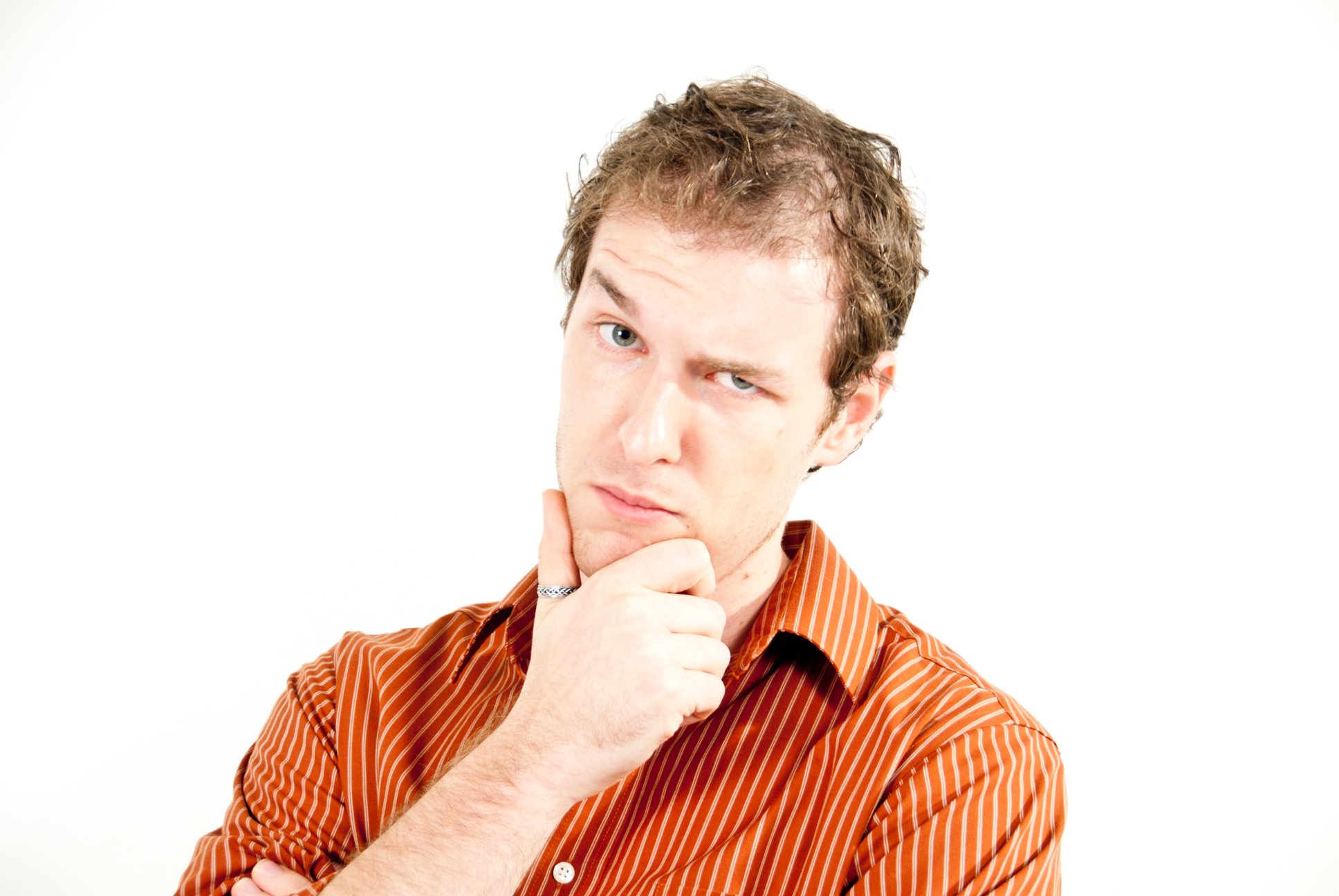